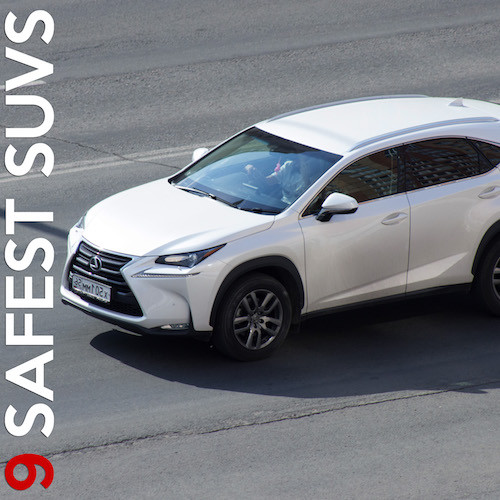 Every year, the Insurance Institute for Highway Safety, better known as the IIHS, publishes its list of the safest new vehicles on sale in the US. Vehicles which attain holistically good safety ratings in accordance with IIHS testing parameters receive the status of IIHS Top Safety Pick, yet only the safest receive the status of Top Safety Pick+—even more difficult to attain given strict testing standards.

With crossovers and SUVs accounting for most automotive sales in the US since 2015, more and more families are entrusting their new vehicles to provide the utmost safety on the road. Thus, out of the plethora of SUVs currently on sale in the US, just a select few have earned the coveted status of IIHS Top Safety Pick+.

Despite releasing to lukewarm reviews, the Acura RDX—as the first compact luxury crossover in the history of the brand—has been awarded Top Safety Pick+ status. While its interior lacks the abject luxury of its German competitors, the RDX nevertheless remains a solid choice for buyers looking for a value luxury crossover with most of the bells and whistles of its pricier competitors.

With one caveat (this status only applies to vehicles built after October 2019), the Cadillac XT6 luxury midsize crossover serves as the brand’s only SUV awardee of Top Safety Pick+ status. Although its safety is undoubtable, the same cannot be said for its classification as a luxury vehicle. Unfortunately, the XT6 suffers from an interior unbefitting of its starting price of $57,095.

Perhaps the most unique vehicle on the list is the Hyundai Nexo, which utilizes a powerplant that eschews gasoline or even electricity in favor of hydrogen fuel cell power. Hyundai intends for this midsize crossover to be the flagship of the ecologically-oriented segment of its fleet of the 2020s, and if you’re fortunate enough to live in an area with plentiful hydrogen fueling stations, the Nexo’s impressive range, interior, and warranty make it an excellent choice.

Joining its brethren in this ultra competitive segment of the automotive market, the Lexus NX midsize luxury crossover differentiates itself with its unmistakable “Predator” grill forming part of its polarizing sharp-edged design language. Less subjectively, the NX offers a comfortable interior space as well as the stout reliability one would expect from a Toyota product.

Mazda has long been known to enthusiasts as a brand which strives to inject a little dynamism into otherwise mundane passenger vehicles, and the Mazda CX-3 is no exception to this rule. If you can look past its tight back seat and cargo area, the CX-3 offers an engaging driving experience somewhat unique at its price range.

The Mazda CX-5 compact crossover joins its smaller sibling in the pantheon of SUV Top Safety Pick+ awardees. The CX-5 is a stellar vehicle—striking in design, with a premium feeling interior and a surprisingly engaging driving experience owing in part to its punchy turbo engine, which is unfortunately exclusive to the top (and commensurately most expensive) trims.

In terms of outright safety, Mazda is off to a strong start in 2020: six of its vehicles have been assigned the status of Top Safety Pick+, more than any other manufacturer. The Mazda CX-9 belongs to this category as well, although only for examples built after December 2019. This midsize crossover is like a big brother to the CX-7 in more ways than one: striking looks, a premium interior, and surprising driving dynamics combine to make a great package.

Previously referred to as the M-Class, the W166 M-Class was facelifted and rebranded as the Mercedes-Benz GLE-Class in 2015. With a starting price of $54,250, the GLE-Class is no budget SUV, and prospective buyers will have to fork over extra cash for the best luxury goodies. However, buyers and automotive journalists alike are keen on this midsize luxury crossover’s impressive suite of (optional) high-tech electronics, practicality, and suave looks.

Rounding out the list is the Subaru Forester, another solid competitor from one of Japan’s smallest automakers. The Forester features a spacious cabin and composed suspension, although some critics contend that sluggish acceleration somewhat mars an otherwise pleasant driving experience. Besides this and the price of some optional (non-standard) features, the Forester is a great buy in its segment.

Any individual or family shopping for vehicles with safety as their foremost priority will be hard-pressed to find safer options than these. The stringent testing standards of the IIHS mean that vehicles that achieve the status of Top Safety Pick+ have truly earned this title, and this naturally extends to all the vehicles on the list—most of which constitute excellent choices in their respective segments of the market.

How important is safety to you, and given the choice, which vehicle would you pick from the IIHS list? We’d love to hear your thoughts; sound off in the comments below!