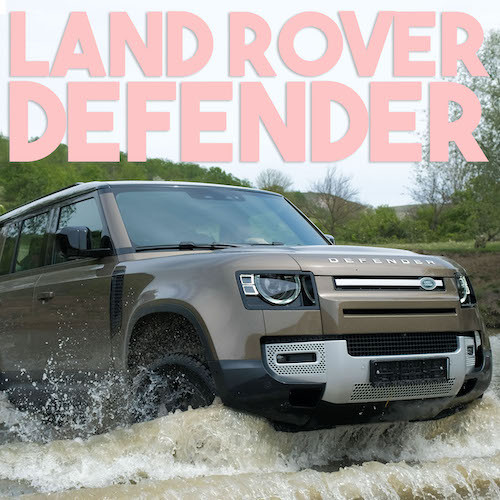 For more than 70 years, the Land Rover Defender has been regarded as one of the most capable and rugged SUVs in the world. This bonafide off-roader has stood the test of time, with over two million units built since the conception of the Defender’s progenitor—many of which have likely seen use in unforgiving terrain. Thus, the Defender has attained a legendary status and cult appeal among car enthusiasts.

However, all was not to be for the Defender in the North American market as safety regulations prohibited its sale in 1997. Now, the release of the new Land Rover Defender in 2020 (internally designated the L663) has signalled the resumption of an era: an era in which the Defender will again be available for sale in North America!

In 1990, the second generation Defender was released, and this time around it was officially donned with the name we refer to it as today. A total of eight distinct engines were offered through its 26-year production run (discontinued in 2016); among them a naturally aspirated I6, supercharged V8, and turbodiesel I5. All models built upon the legacy of incredible off-road performance established by the preceding generation of Defender.

But what exactly sets the Defender apart from other vehicles—what is the secret ingredient that makes it the venerated SUV that it is? A key part of this answer actually rests within the latter part of the question: the Defender is a bonafide SUV! That means that unlike crossovers, which utilize a unibody construction (body, floor plan, and chassis sharing a single structure), the Defender utilizes a body-on-frame construction.

This was the original method of building automobiles which has fallen out of favor (and indeed, the 2020 Defender utilizes a unibody design as well), wherein a separate body is mounted on a relatively rigid vehicle frame carrying the powertrain. Body-on-frame construction is generally stronger and more resistant to long-term impacts, twisting forces, and other great stresses imposed by the rigors of off-roading, and thus is preferred for such tasks.

Solid front and rear axles were also integral contributions to the Defender’s off-road identity. Compared to independent front suspension (IRS) and independent rear suspension (IRS; not to be confused with the IRS which makes you pay all your taxes), solid front and rear axles provide more strength, articulation (suspension flex), and simplicity; an important property for those off-roading on isolated trails.

So if the 2020 Defender doesn’t offer body-on-frame construction or solid front and rear axles, how will it live up to the legacy of the Defenders that came before it? This is a question many will likely ponder. Fortunately for prospective buyers, Land Rover has all the answers, and Motortrend has all the supplementary information you need.

For one, the new Defender utilizes an-aluminum frame which Land Rover claims gives it the stiffest body of any Defender before it. Off-road aficionados will also appreciate its permanent all-wheel drive, locking differentials, and a two-speed transfer case. But that’s not all it takes to make a capable off-roader, of course.

The Defender additionally offers fully independent suspension (your choice of standard coil springs or optional air bags, which provides adjustable ride height), massive ground clearance and fording ability, and short front and rear overhang which contributes to exceptional approach, departure, and breakover angles. Did we mention the Advanced Tow Assist which—as its name suggests—assists in reversing when a trailer is attached?

In short, the 2020 L663 promises to be every bit as much of a Defender as its predecessors before it. While it eschews some traditional characteristics associated with its forebears, it’s nevertheless engineered to prioritize off-roading ability above all else: the most salient tenet of the venerable Defender brand, and one that makes the 2020 Defender wholly deserving to continue the legacy of some of the greatest off-road vehicles of all time.

An awesome post, I just passed this onto a fellow worker who was doing a little analysis on this. And he in fact bought me lunch because I found it for him smile.. So let me reword that: Thanks for the treat! But yeah Thnkx for taking the time to discuss this, I feel strongly about it and love learning more on this topic. If possible, as you gain expertise, would you mind updating your blog with more details? It is extremely helpful for me. Big thumb up for this post!