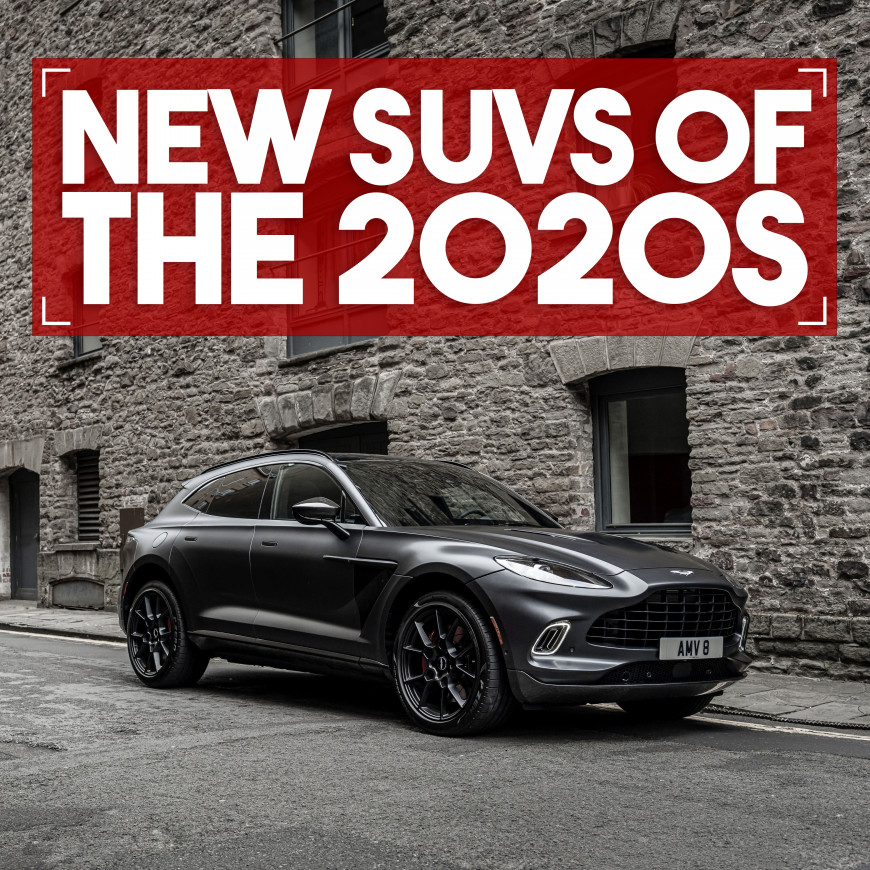 It’s no secret that business is booming in the world of crossovers and SUVs, with their sales overtaking cars and steadily increasing year after year—at least in the US. Commensurate with this great increase in consumer demand has been a great increase in the number of new crossovers introduced into the market.

Surprisingly (or perhaps unsurprisingly), manufacturers from nearly every sector of the automotive industry are cashing in on this trend. We all know companies like Toyota, Volkswagen, and Hyundai produce crossovers, but even manufacturers such as Lamborghini, Ferrari, Aston Martin, and Rolls-Royce are planning to or already have made entry into the SUV market.

In other words, there’s a plethora of options to choose from for consumers shopping for a new or lightly used crossover or SUV in 2020, with many more to look forward to as the decade progresses and this trend surely continues. Seeing as it would take a Bible-sized work to parse through all the currently available crossovers and SUVs, we’ve assembled a list of just eight new designs to look forward to this decade. Without further ado: let’s dive in!

Aston Martin, the brand behind such beautiful and renowned cars as the DB5, DBS, and Vanquish is just one of the manufacturers one would least expect to release a crossover. Now, the Aston Martin DBX promises to change all of that. This high-end luxury SUV will launch with a Mercedes AMG-derived 4.0-liter turbocharged V8—almost (but not quite) an oddity among a sea of new hybrids and electric vehicles, or EVs.

Perhaps less exciting than the Aston, the new Ford Escape serves as a much more affordable and approachable option for the vast majority of consumers. Under the hood is your choice of one of four engines; among them a plug-in gas-electric hybrid with 37 miles of electric range as well as a conventional hybrid.

Hyundai (and its Kia brand) are truly going all in with the crossover craze, with 13 unique crossovers being offered between the two brands. The Hyundai Venue subcompact crossover is the newest entry in this series, and its small exterior size combined with surprising passenger space makes it a great option for urban transportation.

The Hummer that we all know (and some love) was initially introduced in 1992 as the civilian version of the rugged M998 High Mobility Multipurpose Wheeled Vehicle, better known as the Humvee. Now in the 2020s, the gas-guzzling Hummer H1, H2, and H3 behemoths have undertaken an all-encompassing transformation and rebranding into something no one could have expected: the Hummer EV, a line of all-electric pickup trucks and SUVs.

Based on the 2020 Ford Escape, the brand new Lincoln Corsair will serve as the most entry-level (read: most affordable) vehicle in Lincoln’s lineup. Four engine options are currently available, with an I4 plug-in hybrid being among them. Astute readers may have noticed we’re cheating here a little too as the Corsair was actually released in late 2019, but who’s counting?

Mercedes has big plans for the future, not just in terms of crossovers, but electric vehicles too—the Mercedes-Benz EQC is slated to be the first member of the burgeoning EQ family of fully electric vehicles. While this family will grow to 10 new models by 2022, the EQC will neatly slot into the compact SUV niche.

The wildly successful Porsche Macan will get a new all-electric model as soon as 2022, if you ask Porsche. Although it’ll be produced alongside gasoline-engined Macans, the Macan EV will likely use a wholly different platform in the form of the PPE electric car platform co-developed by Audi and Porsche.

The amount of potential option consumers will have in the crossover and SUV segment in the 2020s can only be described as mind-numbing. From compact hybrids, to monstrous full-size SUVs boasting 1,000 horsepower (looking at you, Hummer EV), to high-end mid-size luxury crossovers like the Aston Martin DBX, the options are limitless.

With such a variance in stellar options available for consumers, the 2020s will be a great decade to be in the market for a new crossover or SUV, and we’re looking forward to seeing them!