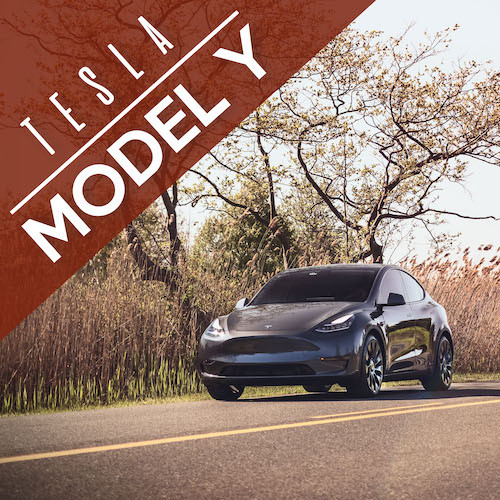 Although founded just 17 years ago and only having released its first car in 2008, Tesla has emerged as one of the most sought-after automotive brands in the world. In this time, Tesla has become the world’s best-selling plug-in and battery electric car manufacturer while also surpassing Toyota as the world’s most valuable automaker in July 1st, 2020—reaching a market capitalization of $206 billion.

While not without detractors, Tesla and its products have undeniably been very successful worldwide. Crucial to this success has been Tesla’s strategy of churning out a steady stream of new, relatively affordable releases designed to be sold in high volumes. One such recent release has been the Model 3, Tesla’s first compact sedan which holds the admirable distinction of being the world’s all-time best-selling plug-in electric car.

With the momentum of the Model 3’s success driving the brand forward, yet another vehicle has joined the lineup early in 2020: Tesla Model Y compact crossover. The explosion in sales of crossovers and SUVs in recent years—combined with Tesla’s domination of the electric vehicle market—likely signals the emergence of yet another best-seller for Tesla. However, the question remains: how does the Model Y truly stack up against the competition? Let’s find out!

Integral to their brand’s identity is Tesla’s line of advanced powertrains which boast some of the best purely battery-powered driving ranges on the market. The Model Y is of course no exception to this rule, with the Long Range trim boasting a class-leading 316 miles of estimated range (per testing by the United States Environmental Protection Agency) and the Performance trim providing a respectable figure of 291 miles of range.

Both trims come with all-wheel drive standard, although a rear-wheel drive powertrain option is planned for release later in 2020. Continuing the tradition of Tesla’s ludicrous acceleration numbers, the Long Range delivers a relatively tame (in comparison to other Teslas) 0 to 60 time of 4.8 seconds, while the Performance trim rockets from 0 to 60 in a blistering 3.5 seconds. This performance is available in spite of the Model Y’s portly weight of over 4,400 pounds!

Top speed is electronically limited to 135 and 155 miles per hour for the Long Range and Performance trim respectively. Obviously, such speeds cannot be safely used on the road but can instead find their place on drag strips or even your local track. However, the Model Y’s higher center of gravity and rougher ride make it a less viable track day vehicle than the Model 3 its platform is shared with.

At the end of the day and no matter its performance figures, a crossover is designed to be practical. Compared to its smaller sibling in the Model 3 sedan, the Model Y provides more cargo space which naturally lends itself to practicality—more space for groceries, luggage, camping equipment; you name it.

Optional third row seating ups the level of practicality as well and brings passenger capacity to a total of seven. However, this option won’t be available until 2021, with a steep price increase of $3,000 to boot. We’ll have to wait until then to see how much space third row passengers will truly have.

Following design choices seen in other Teslas, the driver and front passenger have a minimalist-inspired dash and center console with an interior almost entirely devoid of physical buttons. Instead, a large, centrally mounted infotainment display dominates the otherwise starkly-bare dashboard.

This central display is used to modulate virtually every function of the Model Y, from the climate control and radio to the integrated entertainment apps. That’s right, your trusty Tesla Model Y will allow passengers to watch Netflix, Hulu, and YouTube while on the go! What a time to be alive.

Interested in buying a Model Y of your own? The Long Range trim starts at $49,990 in the US, although ticking all the options boxes (including a $2,000 option for the  red multi-coat paint job) adds up to $66,990 excluding taxes and fees. On the other hand, the Performance trim starts at $59,990 and can be specced out to a total price of $74,990 excluding taxes and fees. Ouch.

Prospective buyers will have to make an online account and pay a non-refundable fee of $100 before ordering. Tesla allows buyers to modify their vehicle’s spec after ordering while also offering a full refund: available for seven days or 1,000 miles upon having your vehicle delivered, whichever comes first.

Although any long-term verdicts are yet to be decided, the Tesla Model Y is poised to be another smash hit from this American marque headed by billionaire Elon Musk. As Musk and his team cement Tesla’s position in the high volume electric vehicle market, we’re bound to see yet more and more Teslas on the road—certainly a bright future for a company founded just 17 years ago.