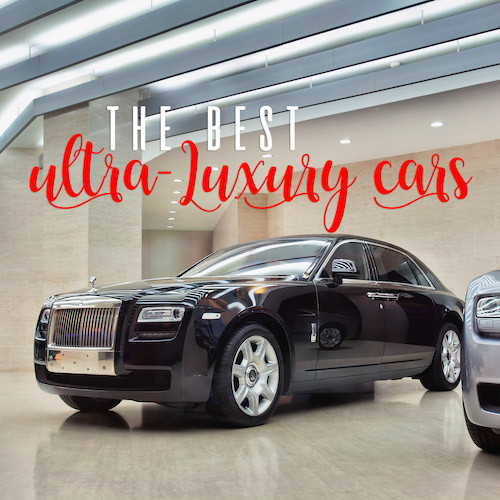 Here at Fortem, we generally try to reach as wide an audience as possible with our blog posts. However, sometimes exceptions can be made.

Picture this: You’re a Russian oligarch relaxing on your 300-foot superyacht anchored just off of Port Hercules in Monaco, eating black caviar and admiring the private helicopter which brought you here. After a couple more hours of sunbathing, you’ll be back on land and your chauffeur will be taking you to your vacation mansion; just one among many of your lavish dwellings across the globe. What kind of vehicle does your chauffeur drive you in?

An ultra-luxury car, of course!

As the name suggests, “ultra-luxury” is a moniker used to describe vehicles at the very pinnacle of luxury. These are not your Audis, Lexuses, or Jaguars, which are undoubtedly excellent vehicles in their own right. Instead, these are the Bentleys, Maybachs, and Rolls-Royces of the world, along with a lone outlier. These companies are distinguished from other luxury marques by their price and commensurate materials, supreme refinement, and outright status.

Very few vehicles fit these criteria and command such a presence and still fewer can afford them. Yet for the Russian oligarchs and other 1% of the 1% of the world, here they all are.

Although all ultra-luxury cars exude a commanding presence, perhaps none do so to the level of the Rolls-Royce Phantom. As the preeminent ultra-luxury car of our era, the Phantom comes with all the bells and whistles one can imagine, including bespoke champagne glasses and umbrellas built right into the doors. Those looking for even more luxury may wish to spring for the Phantom EWB, or extended wheelbase, which offers extra more room for rear passengers.

With a base price of $455,000, the Phantom costs more than the average home in the US. Spring for the Phantom EWB and you’ll be paying an utterly bank-shattering price of $530,000. However, those with the means to afford a Phantom or Phantom EWB will be privy to some of the most exclusive and luxuriously insulated vehicular experiences possible.

With production of the Mulsanne having been officially discontinued in 2020, the Bentley Flying Spur has taken its place as the flagship of the storied Bentley brand. While the Mulsanne competed with the Rolls-Royce Phantom, the Flying Spur (essentially a four-door version of the Continental GT) instead competes with Rolls-Royce’s Ghost.

Given its company, the Flying Spur naturally commands a premium price, although not one quite as steep as its fellow British competitor: a new Flying Spur will set you back a cool $214,600. Although you perhaps won’t get all the prestige of a Rolls-Royce, a Flying Spur nevertheless provides drivers and passengers alike one of the finest examples of distinctly British superlative luxury. Well, mostly British.

Rolls-Royce is owned by BMW and Bentley is owned by Volkswagen Auto Group, but they’re not the only ultra-luxury brands with German DNA. Mercedes revived the Maybach brand in 2015 and in the following years released the Mercedes-Maybach S650 sedan for the US market. Although based on the W222 Mercedes S-Class, make no mistake, the S650 is a serious ultra-luxury car in its own right.

Mercedes asks $173,000 for its S650 4MATIC sedan, with a price of $202,550 for the more powerful S650. Slightly confusing nomenclature aside, the S650 family is a stellar offering in the segment; in a way providing a value proposition—if one can one even use that term when referring to cars in the $200,000 range—versus its British-German competition.

Yep, you read that correctly; rubbing your eyes and cleaning your glasses won’t change the words on the screen. Toyota, manufacturer of the ever-popular Corolla and Camry economy cars, also makes one of the finest luxury automobiles in the world in the form of the Toyota Century. This Japan-exclusive ultra-luxury sedan is indeed the best the country can offer, putting on display Toyota’s perennial automotive prowess.

Prospective buyers will need to fork over 19,600,000 yen—equal to approximately $180,000 as of mid-2020—for the base Century, ranging to 60,000,000 yen for the top grade Century Limousine—equal to approximately $560,000. As per Japanese sensibilities, the interior is tastefully appointed in high-quality wool, a unique touch one won’t find in any other marque. An imposing yet simultaneously understated exterior completes the package.

Hitting the lottery may indeed be one of the few ways one could fund any of these purchases. For the privileged few who can afford them, no other vehicles on the market will even approach the abject luxury provided by the Rolls-Royce Phantom, Bentley Flying Spur, Mercedes-Maybach S650, and Toyota Century. These vehicles represent the very pinnacle of luxury, encompassing the word’s very definition in every respect.

If you could buy any one of these cars, which would it be and why? Or would you perhaps eschew the level of luxury these vehicles provide in lieu of something decidedly different? Sound off in the comments below!

Took me time to read all of the feedback, but I really loved the article. It proved to be very helpful to me and I am sure to all the commenters right here! Its always good when you can not solely be informed, but in addition engaged! Im positive you had pleasure penning this article. Anyway, in my language, there arent a lot good supply like this.